Soundtruck was formed at 2008 in Athens Greece and they play
Southern hard rock. With influences such as ”ZZ-Top” ,”Lynyrd Skynyrd” , ”The Allman
Brothers” , ”AC/DC”  and ”Blackfoot” they have acquired a distinctive and unique sound.

Ever since they formed in 2008, they have been playing in various
small clubs and stadiums in their hometown and other cities in Greece and abroad.
Soundtruck are one of the most well-known southern rock bands in Greece at
the moment. The band quickly became well known because of the sound and the
energy coming out on the stage. Highlights of the band are the opening of
Lynyrd Skynyrd concert in Athens in 2012 at the baseball field at
Hellinikon, participation in the Czech Republic’s Krenovske Bigbit Festival in the summer of 2015 the support act in Blues Pills in Athens in 2015 a mini tour in Italy at October of 2018, our participation at Suwalki Blues Festival 2019 in Poland, Southern Rock & Blues Kolin 2022 Czech Republic and this September we will visit Germany to perform at Sinner Rock Fest 2022.

With teamwork and dedication to music and influences from Lynyrd Skynyrd to Aerosmith, The Allman Brothers Band to AC DC and Nickelback to Metallica, SoundtrucK are a dynamic band with a bold sound and even bolder performance on stage.

After 7 long, creative and “magical” years, Soundtruck is back with their second album “VOODOO” !! The album follows the band’s southern rock style and contains 9 songs that define the band’s identity. With its hard rock sound and loud riffs, “VOODOO” will immediately lure you down its mystical paths. An exciting and diverse journey that will expose you to Soundtruck’s new line-up, and their experimentation on new sounds and compositions. The truck is revving its engine, and it’s not turning off anytime soon!

The album was recorded in the period 2017-2018 at “Studio Nikta” in Athens Greece.
It was produced and mixed by George Florakis at “GF” Studios and mastered by Steve Lado.

The album artwork was created by Vagelis Petikas and Revolver design! 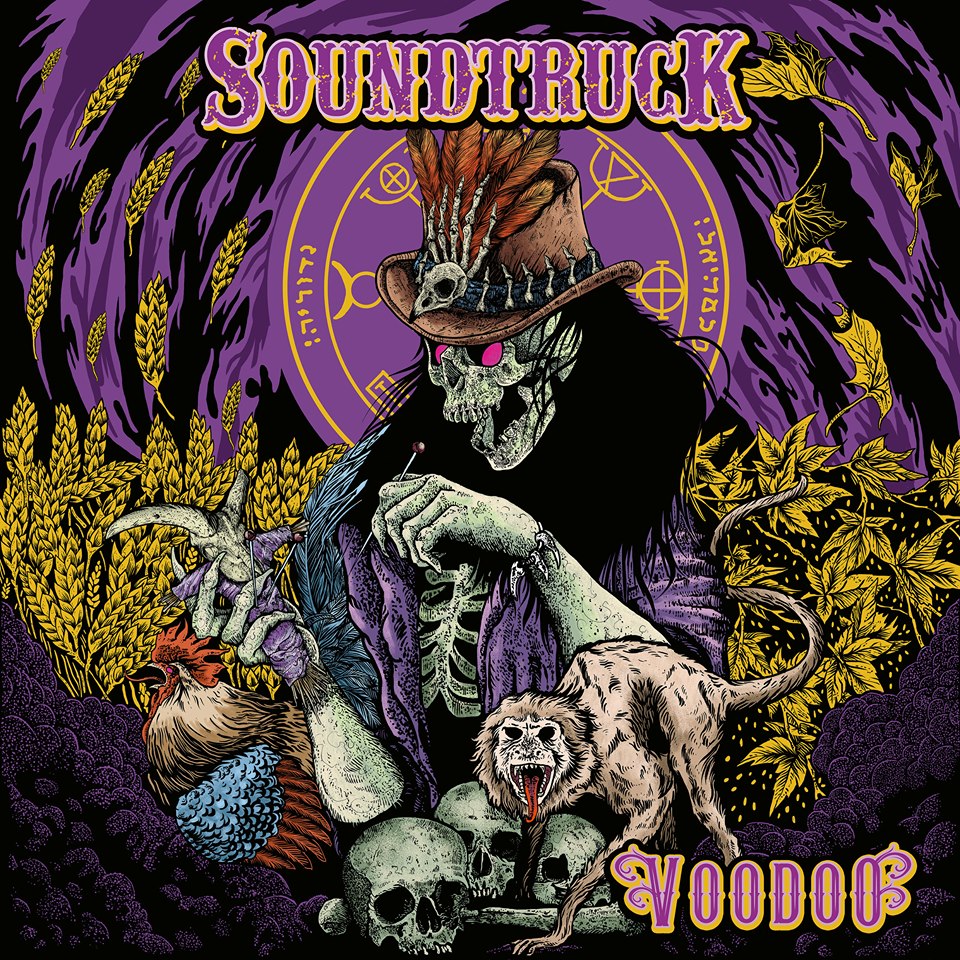 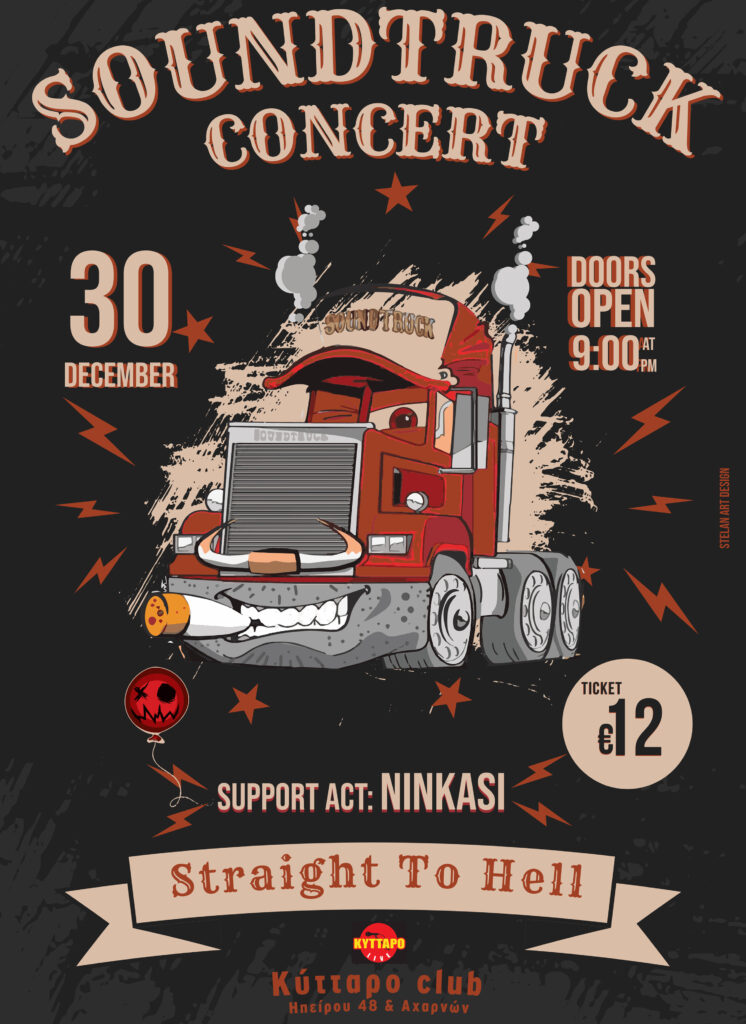 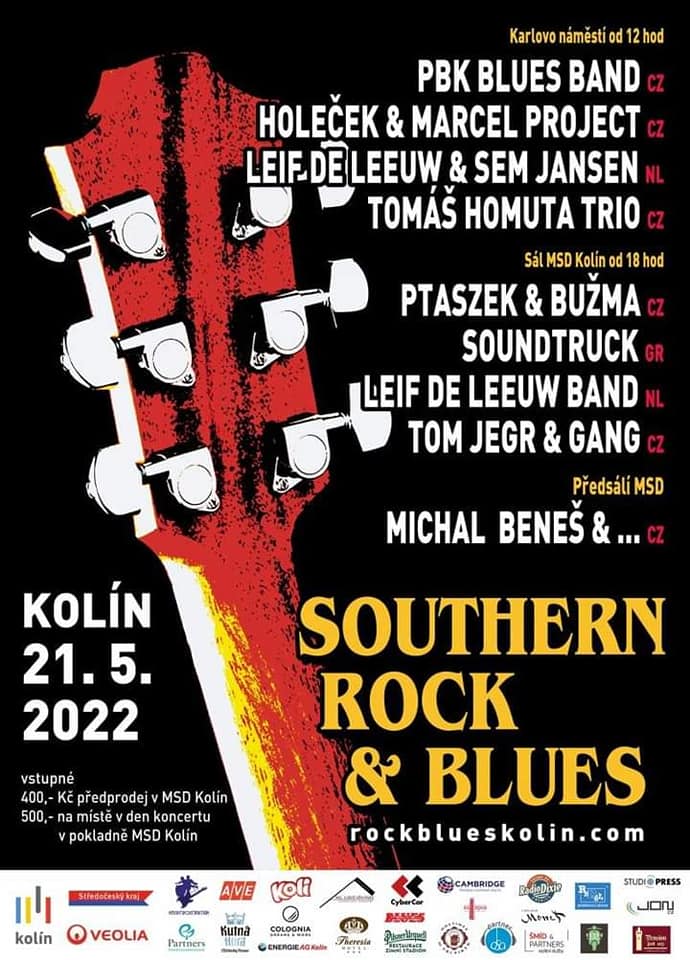 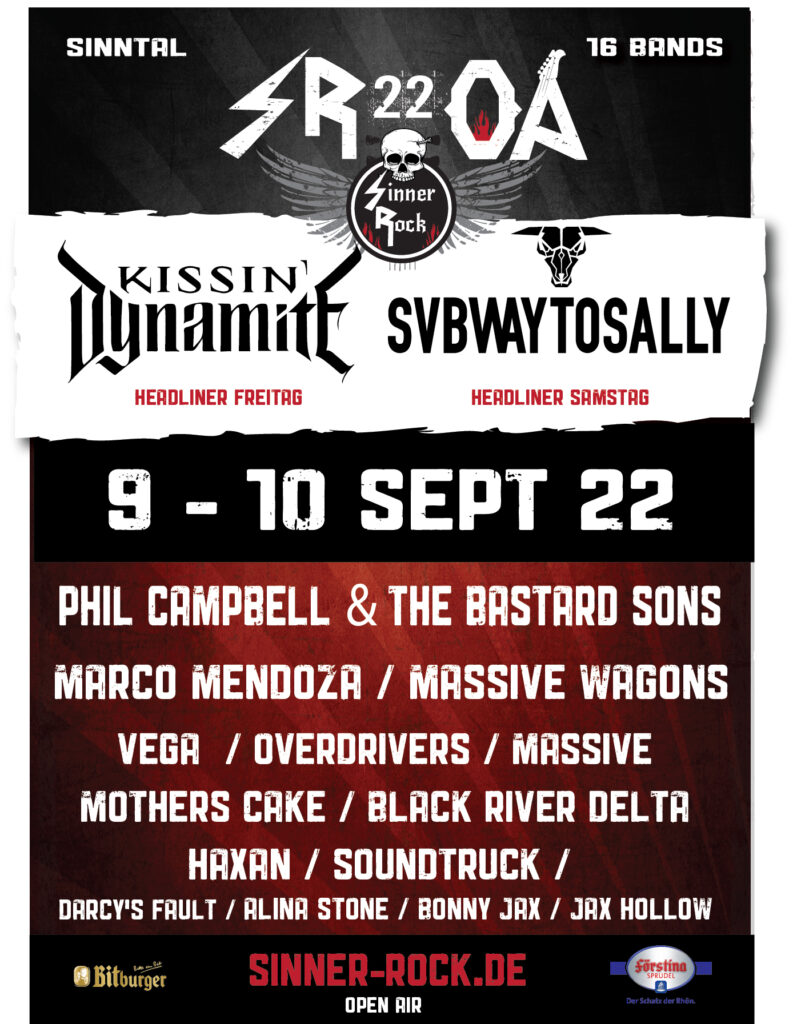